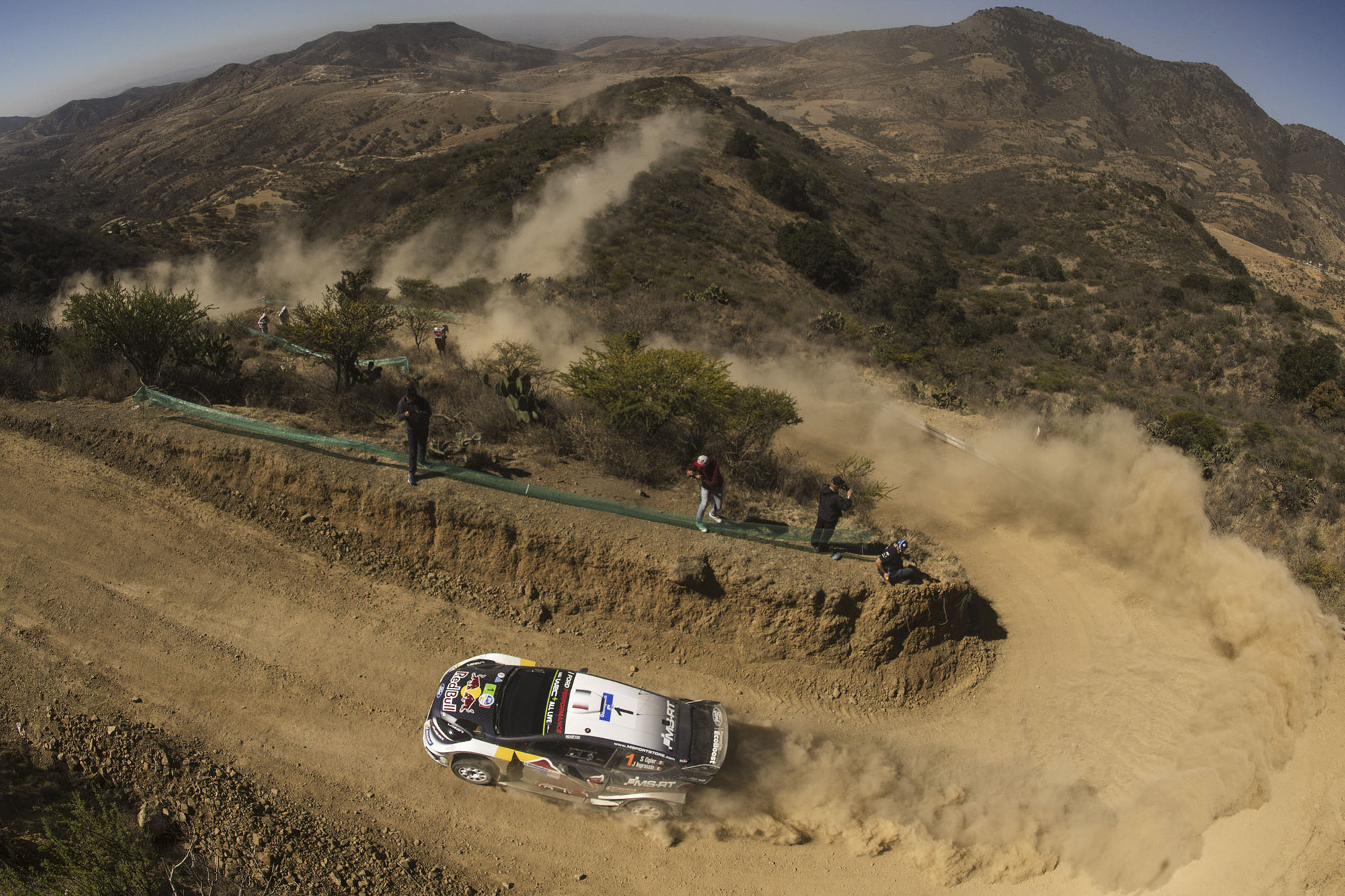 He avoided trouble while his rivals faltered in intense heat on dirt roads and after starting more than half a minute off the lead this morning, the Frenchman will carry a 35.9sec advantage into Sunday’s finale. Ogier strung together four consecutive speed test victories in the mountains near León in his Ford Fiesta to put him on the verge of a second season win with Sunday’s short leg remaining.

“It’s been a perfect day. I pushed as hard as I could and it worked for us. We had a bit of tyre wear late this afternoon so I didn’t push as hard as I would have wanted,” he said.

Ogier left behind a string of disappointed drivers, none more so than returning nine-time world champion Sébastien Loeb. The 44-year-old raised hopes of a fairytale victory at his first gravel WRC outing for almost five years when he surged into the lead this morning. A front left puncture ended the dream. Loeb conceded almost 2min 30sec when he stopped to change the wheel after hitting a stone in his Citroën C3 and plunged to fifth.

Team-mate Kris Meeke took up the cudgels behind Ogier. He was only a handful of seconds adrift before a spin dropped him back, although the Ulsterman doubted he had the pace to stay in touch.

Dani Sordo began today in front and the Spaniard was less than three seconds adrift of Loeb before he punctured after hitting the same stone. He was luckier and drove his Hyundai i20 to the finish losing only 30sec. He was third, 10.9sec behind Meeke.

Ott Tänak’s overnight third vanished in the opening test. The Estonian limped through the second half with a turbo boost problem in his Toyota Yaris and retired soon after.

A frustrated Andreas Mikkelsen split Sordo and Loeb in fourth. The Norwegian tried different driving techniques and modified his i20’s set-up in a bid to stem the time loss but ended in no man’s land between them.

Championship leader Thierry Neuville endured another taxing day in his i20. As road opener, he ploughed slippery loose gravel on the surface and a series of mistakes cost more time. He stopped for a minute in the opening stage when his engine ingested water at a river crossing and stopped. A slow puncture later in the test and several unplanned visits to ditches cost more time and he finished sixth.